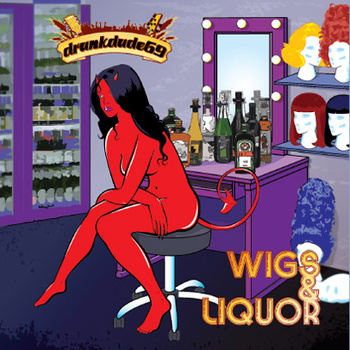 As with all DD69 records, I acted as executive producer while also writing, engineering, performing and mixing. Not all at the same time, of course.

The 10 songs on “Wigs” are a little more cohesive than our previous release – and it took about 1/5th of the time to finish the project. Included herein you’ll also find a drunkdude-styled cover of Billy Joel’s “Somwhere Along the Line”. We hope you find something to dig among these tunes.

Recorded in Cleveland at Snoozeking Studios and Ante Up Audio.

Engineered and mixed by DD69.

Design by Scott Martin and DD69.

Songs published by Snoozeking Music/Rubber Duckling Music (ASCAP), except “Somewhere Along the Line” published by JoelSongs under license.