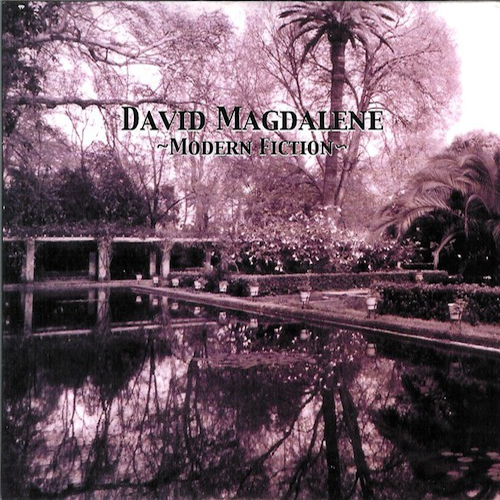 I was the session keyboardist for this album and contributed backing vocals as well.

Info (from the David Magdalene site)

David Khan Johnson of the band Pacific Orchestra recorded a solo album in 2002 under the pseudonym David Magdalene. Entitled Modern Fiction, the album is personal and mature, a far cry from the sexy Caribbean party music of Pacific Orchestra. Acoustic guitars, Hammond organ, pedal steel guitar, piano, bass, and drums tell the tales of men and women who stumble between right and wrong. Khan wrote the songs in Key West and Brooklyn excepting the song Can’t Do a Thing About It, which was written by Rick Fraley, Khan’s friend and a member of Pacific Orchestra.