Funk Out With Your Junk Out (drunkdude69) 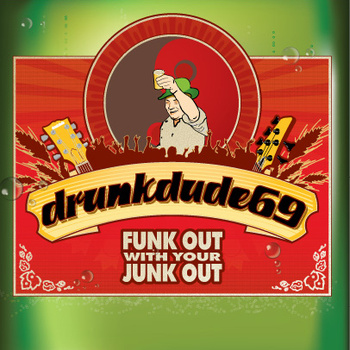 I was co-producer of this album, along with writing, performing, engineering and mixing. I also did the design for the disc and packaging. This was the epic 10-year recording project that culminated in the first DD69 album…

DD69’s first record, Funk Out With Your Junk Out, is a rip through a well-stocked jukebox, with smooth funk that would have been at home on a turntable three decades ago mixing with a contemporary guitar-heavy party vibe that could have been recorded two weeks ago.

Produced by Scott Martin and Mike Adams
Recorded at Closer Look Studio, The Ranch, and Snoozeking Studios in Cleveland Ohio
Engineered at Closer Look by Mark Owen, and at The Ranch/Snoozeking by Mike and Scott
Mixed and mastered by drunkdude69 from 1998 through December 2007