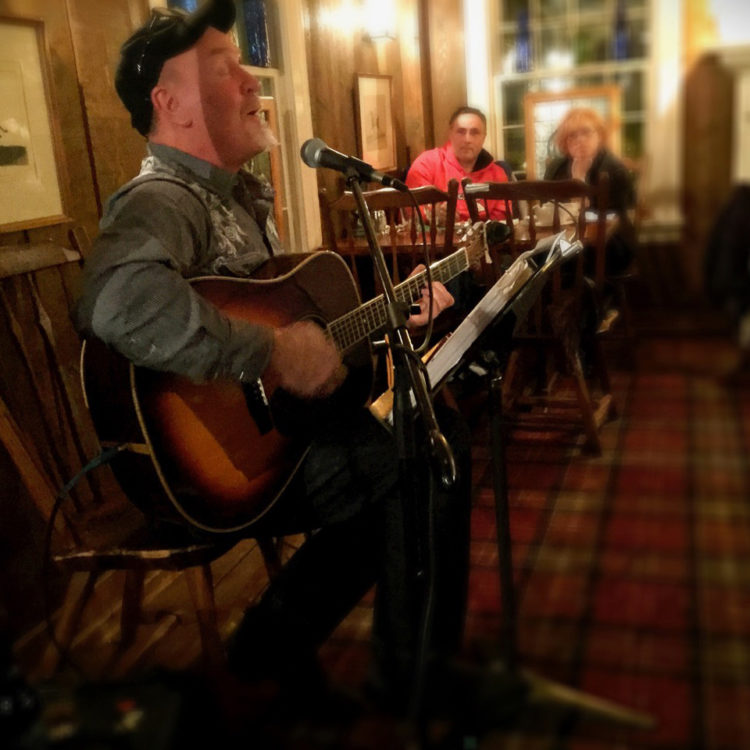 “My songs are stories,” says Thomas Reed Smith. “Stories about people I know or have heard about.”

Since 1996, he has been soaking up inspiration from the north shore of Ohio, an area populated by hard-working, hard drinking midwesterners that stubbornly ply their trades amidst the industrial buildings and bridges that lace the suburbs of Cleveland. Smith knows some of their stories firsthand, having spent years in the belly of a piston forging company.

His initiation into the music scene could likewise be considered a “trial by fire”. After requesting some “Thomas Reed Smith” during another singer’s set, he was invited onstage to perform. From what would have been, for many, a daunting experience, Tom found explosive inspiration.

From that point, he explored influences ranging from Crosby, Stills, Nash & Young, James Taylor, Michael Stanley and Alex Bevan. He played solo acoustic shows until late 1998, when a chance conversation at work changed the course of his musical journey again.

“Scott Martin and I discovered our mutual interest one day in conversation. This was after working together on our day jobs for five years, never knowing we were both musicians!” recalls Smith. Martin, who had called on Tom as a Sales Rep for years, was extensively involved in producing and performing music, and suggested a few recording sessions after seeing Tom play some of his original material.

The result was 1999’s I Need A Change, an eclectic mix of introspective songs with a message, melodic rockers with a punch, and thought-provoking lyrics. The Thomas Reed Smith release, produced by Scott Martin, has earned him an enthusiastic fanbase.

— Deanna Adams, author of Rock and Roll and the Cleveland Connection