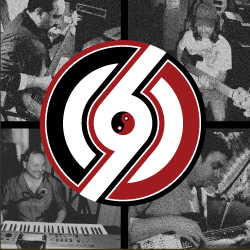 In 1999 Scott Martin and Mike Adams started drunkdude69 with the goal of combining their interests in different musical styles (rock, reggae, ska, punk and funk) into a balanced and nutritious audio cocktail.

Musical collaborators from an early age, Martin and Adams had previously written and performed in and around northeast Ohio.  DD69 represents the evolution of their musical collaboration over two decades, across multiple cities and through numerous other bands.

DD69 music has been described as “a rip through a well-stocked jukebox, with smooth funk that would have been at home on a turntable three decades ago mixing with a contemporary guitar-heavy party vibe that could have been recorded two weeks ago.”

The music has drawn comparisons to classic artists like Stevie Wonder and Frank Zappa, as well as contemporary bands like Sublime and 311.

With five releases since 2008, the drunkdude vibe has landed spots with radio and podcasts. The song “It’s Alive!” from the album “Wigs & Liquor” was the basis for the theme for the drive-time radio show “Afternoon R&R” on Cleveland’s ESPN radio station WKNR, and it became so popular that requests came in to play it more often than just at the top of the show every weekday. Music from the song “Keep It Up” has been featured at the top of the Gameops.com podcast, and Scott and Jay collaborated on an original theme song for the Does This Hold Up podcast out of Pittsburgh.

The band’s fifth studio album “The Pint of No Return” was released on 6/9/2015. Consume more at drunkdude69.com.